June 9, 2013. Smithfield. We all heard the brief media sound bites last week announcing the sale of America’s largest meat producer, Smithfield Foods, to a Chinese corporation. What we didn’t hear were the details, warnings or implications of this record-breaking transfer of US assets to the Peoples Republic of China. Below is a complete list of Smithfield Foods brands and subsidiaries that would be transferred to Chinese ownership.

First, it should be noted that the Chinese buyout of Smithfield Foods is far from assured. The sale must first be approved by the Committee on Foreign Investments, a highly secret federal commission chaired by the Secretary of the Treasury. And if past Chinese offers are any indication, there is little legitimate chance of Smithfield Foods acquisition by China being approved. But with billions of dollars trading hands and Goldman Sachs lurking in the shadows, it might just happen.

Shuanghui International is a pork processing company located in the Peoples Republic of China. It was created in 1958 by local Chinese government agencies to help streamline the production and availability of pork products to the ever-growing Chinese population. In 1984, the company transitioned from a single-location food distributor to what would become the largest food producer in China.

In 2006, the Chinese government sold its ownership share in Shuanghui to an investment partnership led by Goldman Sachs. Soon thereafter, Goldman Sachs sold most of its ownership to other investors, keeping a minority stake for itself. In 2009, with the help of Sachs, the company began talks to buy America’s largest meat producer – Smithfield Foods.

By 2010, Shuanghui was being accused of taking production shortcuts that put the health and lives of the Chinese people in jeopardy. In 2011, Chinese state TV announced that the company had been caught treating its animals with the banned chemical clenbuterol. In the US, Clenbuterol is only approved by the FDA for use in prescription respiratory inhalers like those used by asthma victims. In animals, where its use is banned for human consumption, the drug acts as a stimulant and fat-burner.

On May 29, 2013, Shuanghui announced it had made a $4.7 billion bid to purchase Smithfield Foods. Smithfield’s corporate officers, as well as its investors, stand to make a great deal of money from the sale. The purchase price is 31% more than the corporation’s market value at the time of the announcement.

The biggest irony of the announced sale is the reasoning being given by corporate spokespeople on both sides of the deal. China’s pork industry has been devastated in recent years by scandals involving tainted meat. Chinese consumers routinely avoid Chinese produced pork in favor of higher priced, but safer, foreign imports../../../articles/q22013/complete-list-of-smithfield-foods-subsidiaries-and-brands/. In fact_ while the US-China trade deficit has been one-sided in China_rsquo.css;s favor for decades, pork is one area where imports outnumber exports in the Communist nation.

So while the Chinese people purchase foreign-produced meats, the Chinese corporation guilty of tainting the country’s meat in the first place buys the foreign pork producers and takes over their operations. One of two scenarios is going to come to fruition. Either US safety standards will prevail and China will have safe pork to consume. Or the US will adopt China’s safety standards and the US meat supply will become tainted.

The empire that is Smithfield Foods

Smithfield Foods is the largest meat producer in the United States. Its corporate family is so large, it’s almost impossible to find a complete list of the corporation’s brands and subsidiaries. But that’s exactly what we at Whiteout Press spent the better part of a week attempting to do. We knew the company was big, but we didn’t know just how big. Remarkably, between part-ownerships and the rapid-fire purchases and sales of smaller companies, it’s difficult to put together an accurate and current list. But we did the best we could.

Our first stop was the Smithfield Foods website. There, the corporation displays ‘Our brands’. But if one were to believe the company, they only have 12. Nowhere on the corporate website is a full list of the company’s brands and subsidiaries.

We next took our search to the Securities and Exchange Commission. There, we found what appeared to be a complete list of Smithfield subsidiaries. Unfortunately, while the SEC does provide a full list of companies owned by the mammoth corporation, it does not include a listing of each of their full assortment of brands. 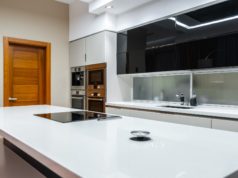 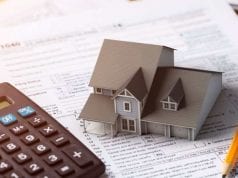 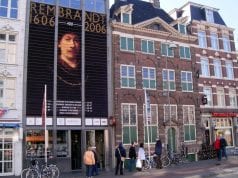 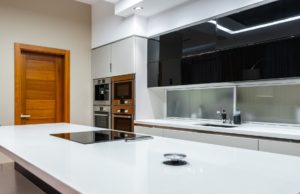